What is Domestic Abuse

Domestic abuse, as defined by the UK Government is ‘any incident or pattern of incidents of controlling, coercive, threatening behaviour, violence or abuse between those aged 16 or over who are, or have been, intimate partners or family members regardless of gender or sexuality. The abuse can encompass, but is not limited to psychological, physical, sexual, financial, emotional.’

Considering the LGBT+ community, a person may have their identity used as a means to coerce them; for example, an LGBT+ person may not be open/’out’ about their identity. Therefore, in an abusive setting, the perpetrator may use this as a form of extortion to trap the victim from exiting the relationship.

HBA is a collection of harmful practices which are used to control behaviour within families to protect perceived cultural and religious beliefs and ‘honour’. Such abuse can occur when perpetrators perceive that a relative/community member has shamed the family or community by breaking their honour code. HBA is perpetuated to ‘protect’ the cultural norms, values, and beliefs – to prevent breaking their code of honour.

In example, an LGBT+ person may fall victim to so-called HBA after their family/religion/community discover the individual is not heterosexual and/or cis-gendered. Abuse may include harmful practises such as physical and sexual abuse, as well as forced marriages (but not limited to).

Forced marriage, considering the LGBT+ community, can take place as a form of ‘conversion/cure’ therapy, and as a mean to control sexual behaviours, and to remain part of the community by upholding norms and values. LGBT+ people are at an elevated risk to honour based abuse.

It is important to note, a forced marriage is vastly different to an arranged marriage. A forced marriage has a lot of harm involved, including psychological/physical abuse, self-harm, and isolation. An force marriage is where either one or both parties do not consent, have the freedom in making a choice and/or lack capacity to decide.

Whereas an arranged marriage is based around choice and consent. Typically, families will arrange for their children/relatives to meet with suited individuals where the individuals will have the final choice and their wishes are respected and heard.

Family violence is any form of abuse or neglect that a child or adult experiences from a family member, or from someone with whom they have an intimate relationship. It is an abuse of power by one person to hurt and control someone who trusts and depends on them. Family violence is a pattern of abusive behaviour in an intimate or family relationship where one person assumes a position of power over another and causes fear.

For example, an LGBT+ person may live with a non-accepting family; therefore, they might be subjected to forms of abuse motivated by LGBT+phobia. Forms of abuse may include psychological abuse and financial abuse, though not limited to.

A sexual assault is any sexual act that a person did not consent to, or is forced into against their will. It is a form of sexual violence and includes rape (an assault involving penetration of the vagina, anus or mouth), or other sexual offences, such as groping, forced kissing, child sexual abuse, or the torture of a person in a sexual manner.

Sexual abuse can happen to anyone of any age, race, religion, sexuality, gender, (dis)ability, etc.

How to Preserve Evidence:

If you have been a victim of rape/sexual assault, to preserve evidence, please consider the below Do’s and Try not to’s:

How can Support U Help

Support U delivers LGBT+ Specialist Domestic Abuse and Sexual Violence support services to survivors of abuse within the Thames Valley.

Whether you are a survivor of recent or non-recent abuse, we are here for you. Our dedicated caseworkers are equipped to support clients through the process of seeking support, progressing (or not) with the criminal justice system, whilst providing both independent and institutional advocacy. Our practitioners work with survivors to form individualised safety and support plans, with the intention to minimise/reduce risks and harms, uphold and represent the concerns, wishes, and needs of the survivor, continuously prioritising our clients safe.

If you have never disclosed your abuse before, we are here for you. By this, we mean if you have not reported/disclosed the abuse to authorities, family/friends, we are ready to listen with no pressures or judgements around what you choose to do next.

Support U appreciates the barriers LGBT+ people are commonly faced with when it comes to disclosing/reporting abuse. We are here to work with you, to hear your concerns, breakdown/remove barriers where possible, and to support you through the process in whichever direction you choose.

Working closely with our friends at 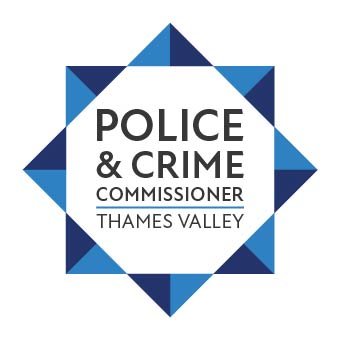